Just like many others hitting Google at the moment, you’re probably eager to remove black borders from your video.

But are black borders really that bad?

Black borders are not common only on the big screens of cinemas. They are also found in video games as cinematic cutscenes, in music videos as cinematic parodies, and even in everyday videos all over the internet.

While these black borders (also known as letterboxes or black bars) are used in regular videos to create that cinematic experience for viewers, it is sometimes used the wrong way and usually creates bad viewing experiences for many people.

This is usually because several video editors go about overlaying PNG files of black borders on top of every video, and while this may look good on their own screens, it probably won’t look as good on other screens.

Furthermore, if you’re looking to upload a video to YouTube, letterboxing is probably a bad idea. Here’s what YouTube says about it:

“For best results, avoid adding padding or black bars directly to your video. Padding interferes with YouTube’s ability to adjust the player dynamically to your video size and the viewer’s device.”

So let’s say you already have a video with black borders and want to get rid of these without harming the quality of your video. In that case, stick around, this article is for you.

We will show you how to eliminate black borders from your video using our software, Animotica.

What are Black Borders and how they Really Work

Just in case you’re not sure what black borders really are and how they work, I’ve decided to explain that in a bit, to ensure we’re all on the same page.

Because the videos are recorded on wider aspect ratios, the TV screens which have relatively smaller aspect ratios would not be able to accommodate the entire frame.

Thus, the TV screen naturally makes the video smaller to fit into its aspect ratio. This results in gaps at the edges of the screen, which the TV support fills up with what is known as black borders or letterboxes.

Merging the Video to the screen.

This is how natural black borders occur in typical videos. However, a lot of people artificially add these black bars to videos in an attempt to create that cinematic ambience. But this usually ends up making things worse.

Are you ready to get rid of your black borders? Let’s proceed!

Removing black borders can be done in four easy steps with Animotica. If you have not downloaded it yet, here’s the download link. It’s free!

If you already have the app, good! Let’s get cracking.

At this point, your black borders should be gone. But here are some optional tricks to try.

You can now chill while the software takes care of the rest.

Black Borders, while they are used frequently in Hollywood movies, may not be the best idea for ALL types of video content. Issues with borders range from platform compatibility to all-round user experience. Nevertheless, the tricks above are there to save you the stress of having to deal with annoying black borders.

I hope you find them useful. 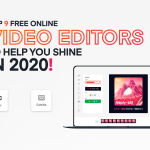 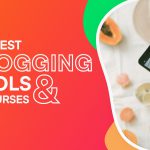 107 Vlogging Tools and Resources for Amazing Results in 2021

How to Speed Up Parts of a Video